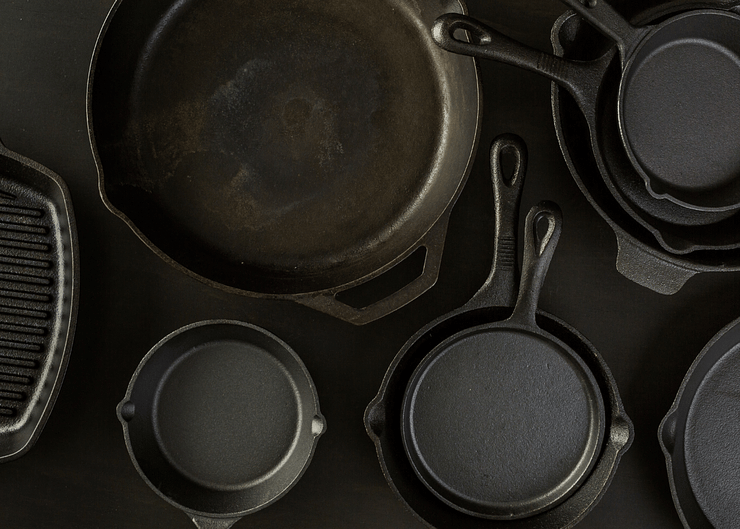 What cast iron is made in USA? (Top Brands List)

Even though it’s not quite as popular as it once was, cast iron cookware is still very much in use. And for a good reason – cooks love the fact that these products are superior enough to stand up for a lifetime of uses.

Some pieces have been passed down from generation to generation and are still in great condition after centuries of cooking. Sometimes the outside part might get rusty but if properly maintained such pans can last for centuries, no matter what you put inside them or how often you use them, they will never let you down.

The majority of the major cast-iron cookware manufacturers began production in the late 1800s or early 1900s. During the first half of the twentieth century, cast-iron cookware and stoves were especially popular among housewives and housekeepers.

Most American households had at least one cast-iron stove and cooking pan, and popular brands included Griswold and Wagner Ware, though several other manufacturers also produced kitchen utensils and cooking pots and pans at the time.

With the exception of Lodge Manufacturing, most American manufacturers of cast iron from this era, such as Atlanta Stove Works, have been acquired by other corporations and no longer manufacture cast-iron cookware in the United States.

However, cast-iron pots and pans from the early twentieth century are still used on a daily basis in many households today. They are also in high demand among antique collectors and dealers. Among the rarest items were those manufactured in 1920.

Exporting and trade flourished, resulting in a scarcity for US consumers. The Atlanta 32 box became one of the rarest items produced in 1920.

Exporting to other countries increased industry output in the years that followed. Manufacturing and industry contributed to the prosperity and growth of an era known as the “Roaring Twenties,” which marked a post-war national lifestyle shift.

There are a lot of cast-iron cookware options out there. You can choose from vintage or new, small or large and all different colors! However, we’re only interested here in cast iron made in the USA, so let’s find out which brands still produce them.

What cast iron brands are made in the USA?

But wait! You can still find USA-made cast iron skillets that won’t break your bank. And they aren’t just beautiful but functional as well. Here is everything you have to know if you want one of these terrific cookware sets.

Here are 8 of cast iron cookware brands that are made in America: 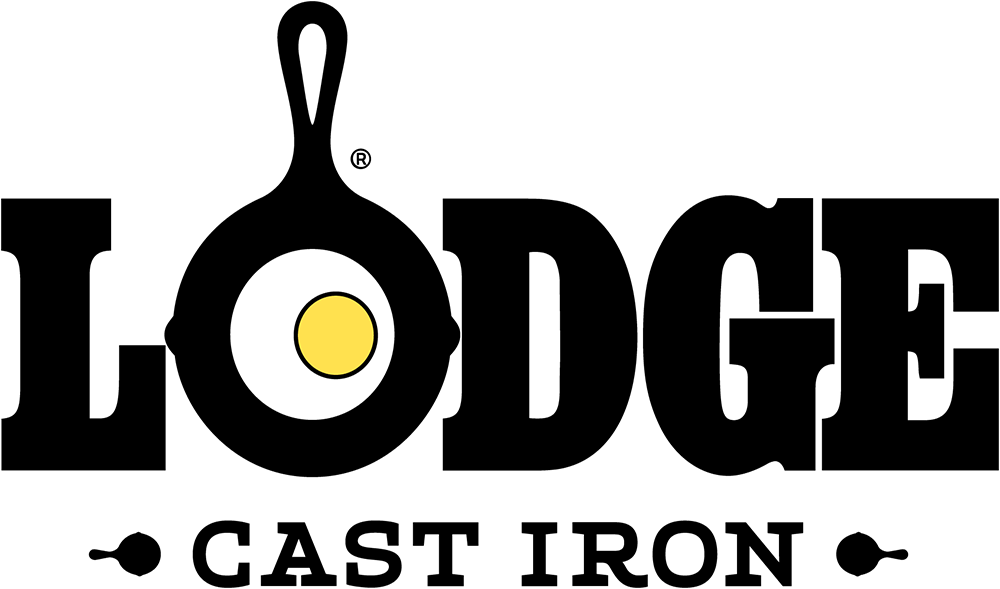 Lodge is the oldest cookware brand in the US and has a rich history. The company was founded by Joseph Lodge in 1896. The company is currently owned by the family’s 5th and 6th generations, who still reside in Tennessee.

It is still owned and managed by the descendants of the Lodge family. Most cast iron sold by Lodge is produced in its foundry in South Pittsburg, which has been in operation since the company was founded.

FINEX is a small team of Portland-based craftspeople, cooks, and designers dedicated to creating long-lasting cookware.

As they describe themselves, their work is inspired by the hardworking history of American cast iron and is based on their conviction that cooking should be authentic—an experience you value and share with others. These simple ideals guide them as they reinvent cast iron cookware with modern design to make every cook’s life easier.

They are well know for their cast iron skillets, grill pans, griddles, dutch ovens, and presses. 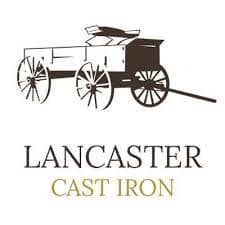 Lancaster Cast Iron was founded in 2019, their cast-iron skillets are lightweight, smooth, and made in Lancaster, Pennsylvania.

Mark Longenecker and Brandon Moore, co-founders and Grove City College graduates, quit their full-time jobs in manufacturing and marketing in 2018 to camp their way across America. They packed their belongings and drove from Pennsylvania to the Arctic Ocean in northern Alaska, making friends and discovering new places along the way. On this journey, Mark and Brandon relearned the importance of slowing down to appreciate the important aspects of life.

Lancaster skillets exemplify time-honored traditions. According to them, their cast iron cookware is both smooth and light. The pour spouts are generous, and the cooking surface is smooth, making them a pleasure to use and clean. 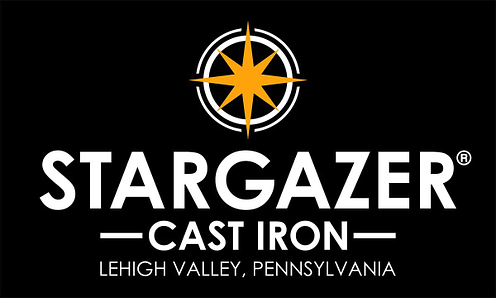 Peter Huntley, a professional kitchenware designer, founded Stargazer Cast Iron in Allentown, Pennsylvania, in 2015. Huntley became dissatisfied with the lack of quality and accountability in modern goods manufactured overseas after years of designing products for other companies.

In an era of unprecedented globalization, he saw classic American brands compromising the principles that made them great in order to cut costs and boost the bottom line.

When he went looking for a new skillet, he discovered that, like so many other products, quality in cast iron cookware had been declining for decades. He set out to create a product and a company that could be held to a higher standard after becoming dissatisfied with the status quo.

Huntley, convinced that people should have access to high-quality, well-designed cast iron at a reasonable price, set out to create something completely new in the cast iron industry. He designed the first Stargazer skillet in the summer of 2015, six months, 21 designs, and several prototypes later.

Today, 5 years and tens of thousands of skillets later, Stargazer is still growing, guided by the same principles that guided our founding in 2015.

All of Stargazer’s products are made in the United States.

The company was founded by two brothers, Stephen and Chris Muscarella, who named it after their maternal grandmother—they inherited a number of vintage cast iron pans from the 1930s from that side of the family.

Those vintage pans were among the few prized possessions that survived multiple moves and kitchen remodels. Both brothers bought new cast iron cookware and didn’t use it as much as they should have. It wasn’t as nice, and it didn’t have the same weight or feel in the hand. A question arose: why don’t they make them the way they used to?

The Field Company creates things that improve with time, care, and skill, and that are generally better when shared with others.

They take things that used to be well-made or are simply no longer made, and they remake them the way they believe they should be made, with improvements and modifications as needed.

Founded in 2015, the Smithey Ironware Company manufactures cast-iron skillets (10-inch and 12-inch) in Charleston, South Carolina. Smithey skillets are carried in specialty shops across the United States and may also be purchased online

Smithey Ironware is a story about a backyard. While tinkering around his woodshed admiring the smooth surfaces and timeless logos design of vintage ironware, their founder, Isaac Morton, had the idea for Smithey. Here, he honed his skills in restoring beautiful antique cookware, which he would then give to friends and family.

It just seemed like a good idea to create and share a cast iron cookware line that honored the classic style of vintage pieces while also utilizing modern technology and processes. Smithey Ironware was born from the idea that a lost art could be revived and transformed into a modern icon.

Smithey partnered with renowned Charleston blacksmith (and Naval base neighbor) Robert Thomas in late 2018 to expand into carbon steel cookware by chance. Each piece in the Smithey farmhouse collection is individually hand-forged and visually unique, while sharing core design elements. The end result is cookware that is both beautiful and functional.

Founded in 2013, Butter Pat Industries manufactures smooth cast-iron skillets, without machining, milling or grinding. Based in Easton, Maryland and available for purchase online.

Their designs are inspired by historical sources, but they are made possible by new technologies. They hand-cast in small batches using their own unique foundry process. they believe that their cast iron cookware is smoother and lighter, and that it will last for generations.

Goldens’ Brothers was incorporated and renamed Goldens’ Foundry and Machine Company in early 1889, with financial support from Abraham Illges. Since then, we have been in continuous operation at our Columbus, GA facility.

Goldens’ purchased a second facility in Cordele, Georgia, in 2007 and installed a modern Savelli Formimpress mold line there.

This family-owned and operated business is now in its fifth generation.

FINEX is a small team of Portland-based craftspeople, cooks, and designers dedicated to creating long-lasting cookware. The company was started by three guys who wanted to bring back fine cast iron cookware in America...