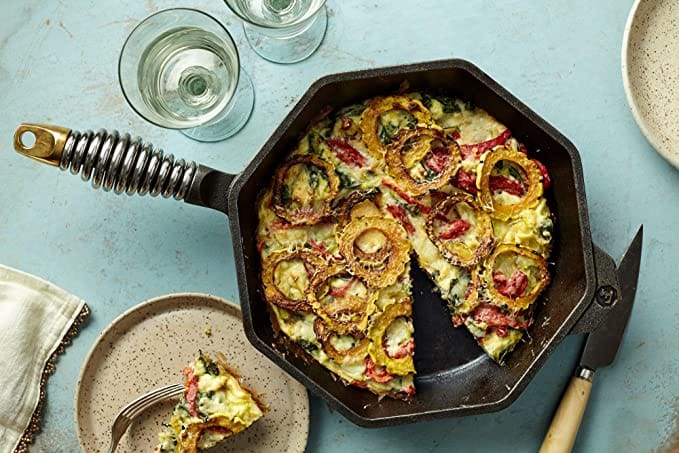 FINEX is a small team of Portland-based craftspeople, cooks, and designers dedicated to creating long-lasting cookware.

The company was started by three guys who wanted to bring back fine cast iron cookware in America. Their mission is to produce cookware that is a pleasure to use and that will last several generations. It’s made in Portland, Oregon using American materials and craftsmanship.

The Finex skillet has a traditional shape but with a modern edge. The octagonal shape helps with pouring from the skillet easier than from a round skillet.

As they describe themselves, their work is inspired by the hardworking history of American cast iron and is based on their conviction that cooking should be authentic—an experience you value and share with others. These simple ideals guide them as they reinvent cast iron cookware with modern design to make every cook’s life easier.

Traditional cast iron skillets are either well seasoned or not seasoned at all. This is frustrating for the consumer because one of the biggest benefits of cooking with cast iron is the non-stick coating that develops over time as you season your pan. Finex offers their customers the option of pre-seasoned skillets so you can use it right out of the box but still experience that non-stick coating.

The Finex skillet has some distinguishing features from other traditional skillets:

They are well know for their cast iron skillets, grill pans, griddles, dutch ovens, and presses.

Finex cast iron produces a bunch of cast iron cookware, from skillets, to pans to sets.

Finex cast iron cookware fits in the luxury category. The designs are modern and sleek, and the smaller sizes of their pieces are unique. The lids are a great innovation, holding heat and moisture inside while cooking. However, it’s important to consider how this product will fit into your kitchen and your lifestyle before you buy. You’ll have to be careful about how you clean your cookware, but if you’re willing to put in a little extra time to care for them, Finex cast iron products offer plenty of benefits for the money. 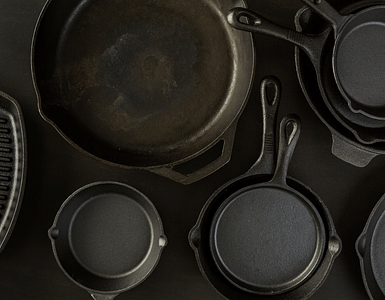 What cast iron is made in USA? (Top Brands List)

Even though it’s not quite as popular as it once was, cast iron cookware is still very much in use. And for a good reason – cooks love the fact that these products are superior enough to stand up for a...