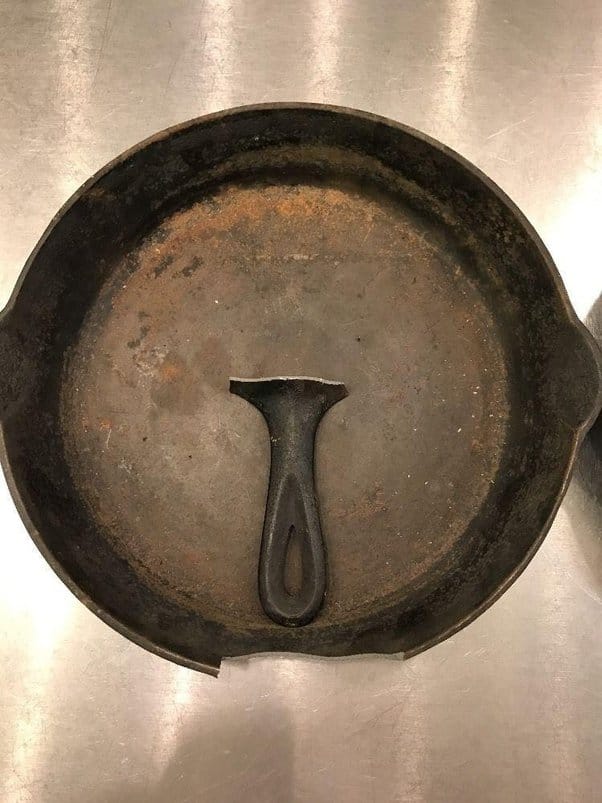 Can cast iron break? How to fix a handle break? (Answered)

Cast iron is tough, but it’s not indestructible. In particular, cast iron can crack if you drop it. But there are a couple of caveats to that statement:Cast iron will only crack if it’s dropped from a certain height.

If you take the example of a frying pan, what’s going to happen if you drop it? It’ll land on its rim or on one edge. If you were to pick up the frying pan and bend it (putting the pan in tension), it’d probably snap in half easily, because there’s almost no strength at all in tension — only compression. But what would happen if you dropped that same pan? When it hits the floor, it will compress rather than bend. That compression is what makes cast iron so strong and durable even though it’s brittle.

Cast iron cookware can break if dropped. However, the risk of breakage depends on where the cookware is dropped.

Thicker cast iron skillets are less likely to break than thinner ones. When cast iron is dropped onto a hard surface like wood, tile or concrete, there is a good chance that it will break or chip. Dropping cast iron onto a softer surface like carpeting may not damage it at all.

Will cast iron break if dropped?

It is fairly rare for a cast-iron pan to break. It does happen, though. One of the most common ways for it to break is if the pan is dropped when it is still warm or very hot. The temperature difference between the inside and outside of the pan puts stress on the iron and can cause it to crack or shatter.

The technical term for this is thermal shock, which means that one part of an object experiences a sudden change in temperature while other parts do not. Because of its brittleness at high temperatures, cast iron is especially susceptible to this type of damage.

It’s possible that the handle was not cast properly, in which case you may be able to get a replacement from the manufacturer.

The most common cause of a break is an impact. This can happen from dropping the pan on the ground or knocking it against something, but it can also occur if there’s a flaw in the casting that shifts when an object hits the handle. A break is more likely to occur in a handle that is thinner, smaller and narrower than other handles.

Although a break can be frustrating, it’s rarely dangerous. The weight of cast iron makes it unlikely that the handle will go flying across the kitchen and strike someone. However, if you’re worried about this risk, you should replace your cast iron pan with one that has a stronger handle.

If your cast iron pan has broken its handle, you can still use it by placing it in the oven and baking at 400 degrees Fahrenheit for one hour. Afterward, remove the pan from the oven and let it cool so that you can hold it with an oven mitt. You should be able to use your pan just as safely as before.

How do you fix a broken cast iron handle?

If the problem is that it broke in the course of normal use, you could try epoxy. It depends on how much stress the handle will have to endure.

A stronger repair would be to heat up the iron and weld it back together with a MIG welder (using flux-cored wire) or with a TIG welder. These techniques are used in repair shops for cast iron parts.

If you don’t want to do it yourself, find a local welder who can do it for you. They can braze the handle back on and probably do a good job of blending it in with the pan so it doesn’t look like an ugly repair job. 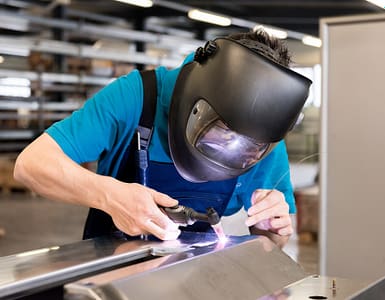 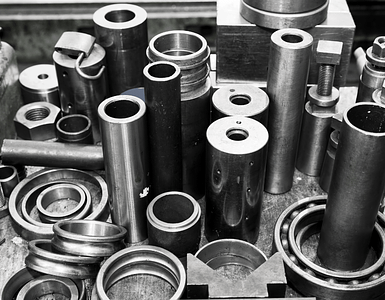